A Generous Pathan and Music Lover

20070715: My family and I visited him again this summer and obtained lots of songs, movies and old magazine articles, as usual.  He gave me a mounted 78 record, displayed as below. It is hanging in my home theater room! Thanks, MLK.

NWFP, as it has been called for a long time, the area known for the Khyber Pass and its Pathan sapoots is naturally in the North-Western corner of the subcontinent. So many famous filmi people have come from there, e.g. all the Khans and most of the Kapoors (or Kapurs). Everybody knows about the giant Prithviraj and his clan. Fewer know about W. M. Khan, the first singer of the first song in Hindi films. Even fewer know about the Late Allahdad Khan, a very generous and rare collector of old discs. (He had listening meetings in his house where people came from all over and were offered food, drinks and copies of any material they wanted to take home.) Our fellow RMIMer and host of an RMIMmeet,  Dr. Manohar Lal Kapur was also born in that region. He is a graduate of the AIIMS (1963) and has been in US since 1967.

In the late 80s I had written to the US weekly India Abroad about their article on Lata repeating the 25,000 song statement and how it had been disproved already. In their wisdom, they published my letter to the editor. I received many phone calls and letters after that. But the one that is still fresh in the mind was from a Panjabi-Hindi speaking person with a twinge of a Pathani accent! We chatted for a long time. He turned out to be a fan of NT music and movies and of Har Mandir Singh. He declared that he was the number one fan of Naushad!

The vanity license plate of his car says simply, NAUSHAD. The first picture below is a recent one, but the second one below was published in the July 1997 issue of Sushma on page 19 with commentary by the editors.

Of course, since the article was written, he has visited Naushad many times at his house in Bombay and, in turn, Naushad has met him many times when he visited US.

While talking to him in 1989, I mentioned that I am a fan of Saigal. He sent me all the videos of all the Saigal movies he had collected! I had never met anyone like that before! I am proud to know him and count him as one of my friends. Everybody who attended the RMIM meet held in his house will certainly agree with me. (BTW, I realized that he was from NWFP when I detected a few similarities between the way he and W. M. Khan spoke. Of course, you can hear the exaggerated Pathani accent in many movies, e.g. Balraj Sahni in Kabuliwala).

Let us all wish him a long and happy life!

On September 1, 2007 somebody who called himself saigalgfan posted the following message on RMIM

www.kundanlalsaigal.com has been upgraded to include the single largest collection of Saigal songs (168 mp3 files) including movie track versions, lyrics for over 125 songs (iTrans), ready to print bi-lingual Song Book, links to video clips of movie tracks of song sequences, the singer's horoscope and astrological charts, Fans singing Saigal numbers and much more. 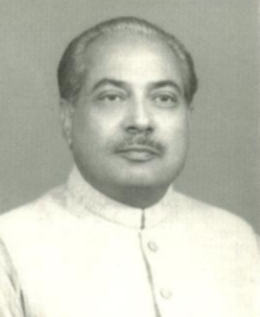