Thanks to Mr V Gandhi, ex General Manager of Tata Motors, Pune, we have the correct name and photo of this great pioneer Bhaskarrao Vishnu Dhaarap. He sent this obituary to Har Mandir Singh 'Hamraaz'.

Translation of the obituary by Arunkumar Deshmukh. Thank you Arunkumar.

Owner of Alka Talkies and producer of famous film 'DEVBAPPA', Bhaskar Rao Vishnu Dharap died on Friday night due to heart attack. He was 75 years old. Funeral will start at 8.30 a.m. on Saturday morning.

Shri Dharap was connected with the film industry since last 50 years. He was partner in Jai Hind Film Exchange which was leader in film distribution from 1945 to 1960. Since 1969, he was publishing books on film production, film stories and art direction for the last few years. He has also written a book on all the details of films since the birth of silent films.

Shri Dharap returned from the Talkies at about 9.15 p.m. and lied down on his bed where he got a heart attack and he died. He leaves behind his wife, daughter and son-in-law. 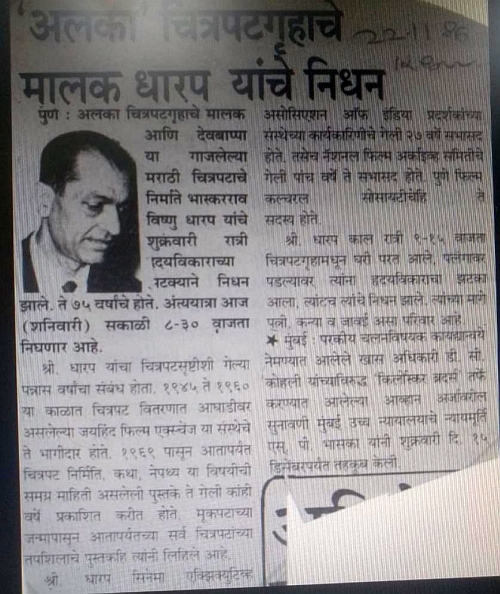 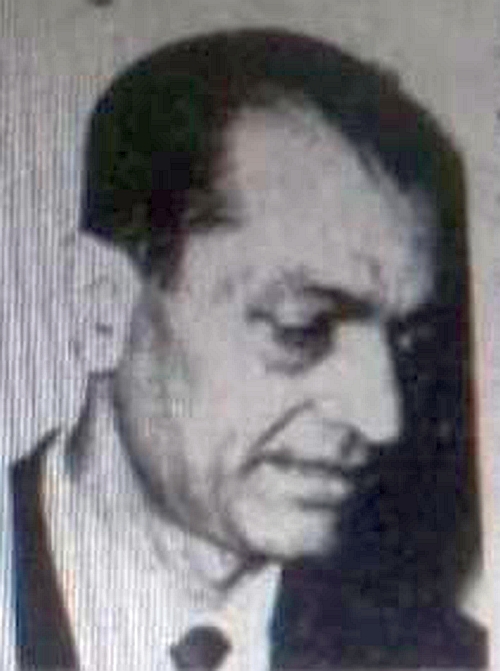