When I was growing up in India, I had read his articles and enjoyed his anecdotes with the leading film personalities. So, I was thrilled when we connected on Whatsapp and Facebook about one year ago. He was a great conversationalist, full of unheard stories. He wanted my help in publishing the second revised editions of his books. I was honored to do so. He will be missed sorely.

From the About the Author Section of his books:

Ali Peter John has had several problems with his name. He does not have a ration card, nor does he have a passport, all because of his odd-sounding name. He is an M. A. in English literature from the Bombay University, but he believes that he has learnt more in the University of Abbas than he has learnt at the university.

He was writing for India's prominent film magazine Screen for forty-eight long years and his column, Ali's Notes, has been accepted as a landmark by the film industry and readers who has been following him. He has written in almost all the newspapers and magazines of India on a variety of subjects about films. He has published twenty books during the last twenty years in his own way. The most prominent book according to him is his autobiography, Life-Bits and Pieces, which had its cover designed by the renowned painter M. F. Husain, the autobiography has also been translated in various languages. His circle of friends includes all the legends and down to Shah Rukh Khan.

He has been living his own simple life without expecting anything from life. He is now writing for a leading Hindi film magazine Mayapuri and at 71, he writes at least two articles every day. He hopes to write till he can no longer write.

I will be publishing a few photos of him later, here is the cover of his last book, cover designed by the famous painter M F Husain. 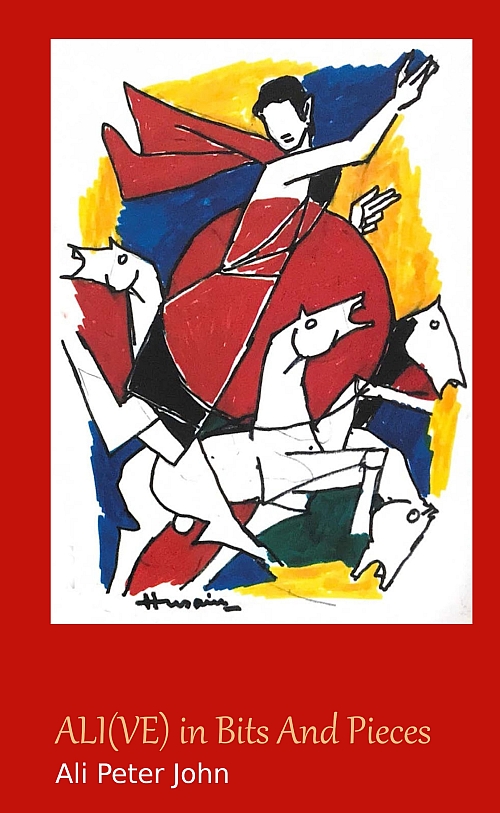 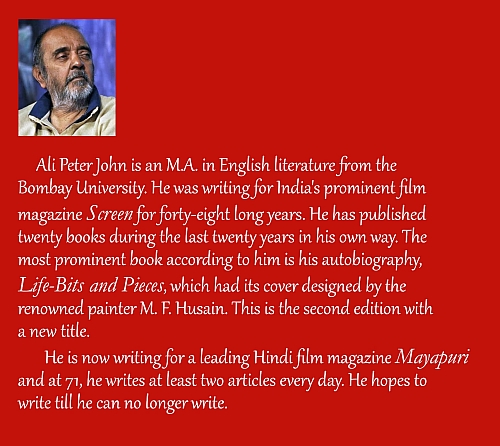 Here is the list of books published in the second, revised editions:

ALI(VE) in Bits And Pieces.

WITH YOU, MAA, WITHOUT YOU, OH MAA! by Ali Peter John

MUNNA The boy who grew into a legend. (Amitabh Bachchan) by Ali Peter John