I have never met him, but have known about him and his work on Panjabi films for more than 20 years. The name of Bhim Raj Garg is well-known to the researchers of Indian cinema, specially Panjabi Cinema. I offer two examples. In the "Routledge Handbook of Indian Cinemas"  by Gokulsing and  Dissanayake (2013), his article on 75 years of Panajbi Cinema is cited with approval. Also, he rendered invaluable help in the "Encyclopedia of Indian Cinema" by Rajadhyakdha and Willemen (1999).

Garg recently mentioned that the Panajbi Film Geet Kosh, named Panjabi Film Sangeet Granth, is almost ready for publication now. The announcement in Panjabi is given below later . The contact info for him and his co-author Mandeep Singh Sidhu is given in English.

Here is the article on 75 Years of Panjabi Cinema by Bhim Raj Garg. He kindly sent me both versions. . It was published on June 4, 2011 in the Panjabi Tribune. The English version is appearing here for the first time. 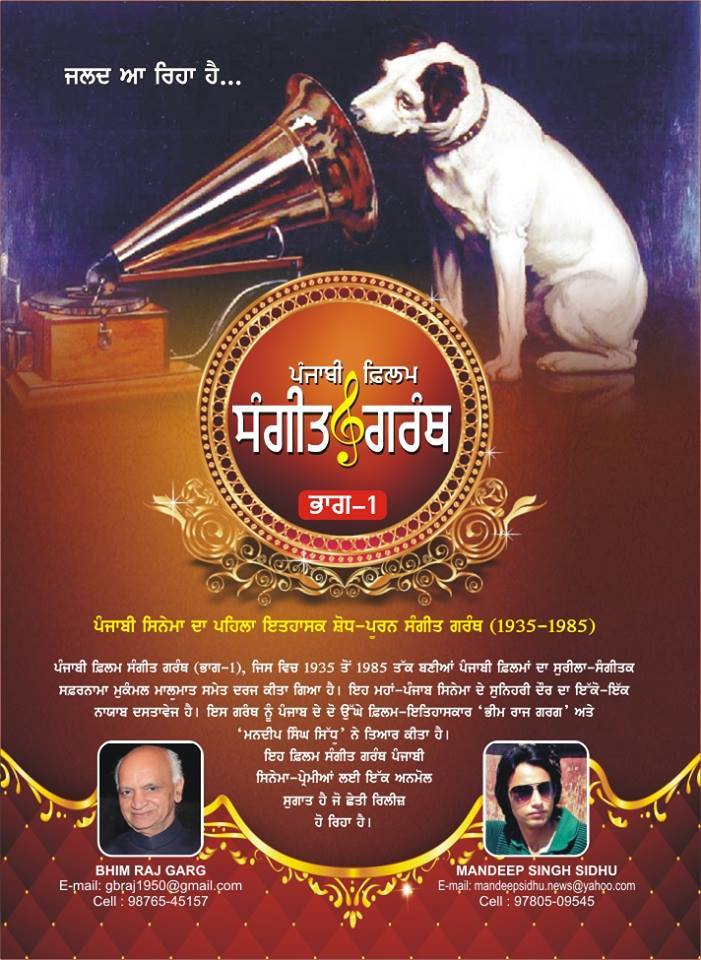