NOTE: The last page in both parts has been revised. Please replace with the image provided. New buyers will get the revised version. 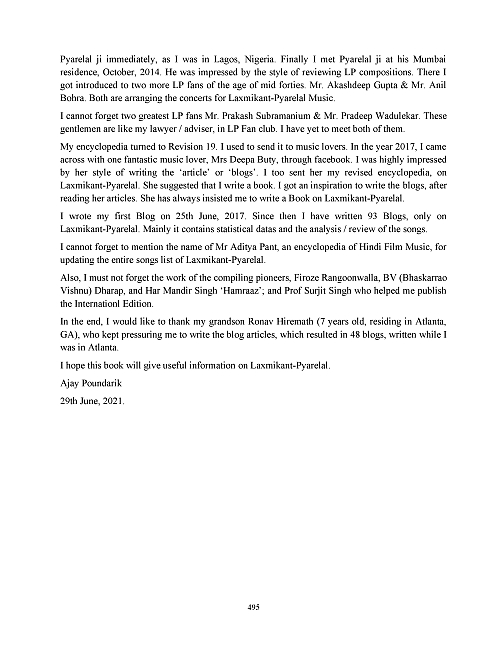 professor toofaani publishers, Lansing, MI is happy to announce their 24th book, a two-part one.

Both are the usual paperbacks, US Letter size.

The book is about Hindi film music's most popular music directors Laxmikant-Pyarelal. Highlighting the towering success of Bollywood's most successful music directors. 503 Films, 2,844 songs, 160 singers and 72 songwriters. Laxmikant-Pyarelal colossal contribution in Bollywood music. The book is for Hindi film music lovers. The Author has done an in-depth study and the research, for over 50 years, on musical journey of 35 years {1963 - 1998), Laxmikant-Pyarelal. The duo's association with filmmakers, actors, actresses, songwriters, singers, are described in the book. The duo's performance in Binaca geetmala and their Filmfare awards. Their selected musical hit films songs, orchestra etc has been described. Various types of songs composed by them are defined. Number of films and the numbers of the songs. Enjoy and know what LP means to Hindi film music.

A review of the book by P P Ramchandran

First ten pages of either can be read here.