In Musing 95, I mentioned a song from President (1937) having the words, Damned it. The person who says this and also sings the song is mostly unknown to the internet. The reason is that his name is not mentioned in the HFGK Volume 1 and the whole world copies from it mostly without acknowledgement.  And the reason for the absence is that the film was not available to Har Mandir Singh Hamraaz when he compiled that volume. The name is mentioned in the cast. He is Bikram Nahar who played the role of Jagdish Sethi's younger England-returned brother. Here is the cast

And here is Bikram Nahar 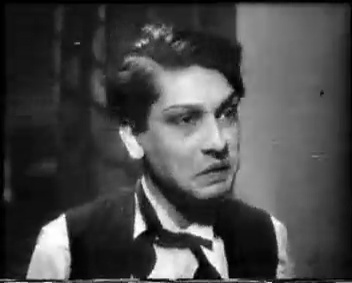 Finally here is the video of the whole sequence.