In the British days, they did not care for kissing etc. but censored the political stuff with a heavy hand. Many examples exist. After independence, we still banned kissing etc, but also material that was deemed to be sensitive for religious or/and political reasons. What kind of scenes did they censor? I used to read in the magazines details of scenes that were cut, skirt above knees, dress too revealing etc. But I could never find an example of what was cut. Not until now! Here is an image from a deleted scene from 5 Rifles (1974) 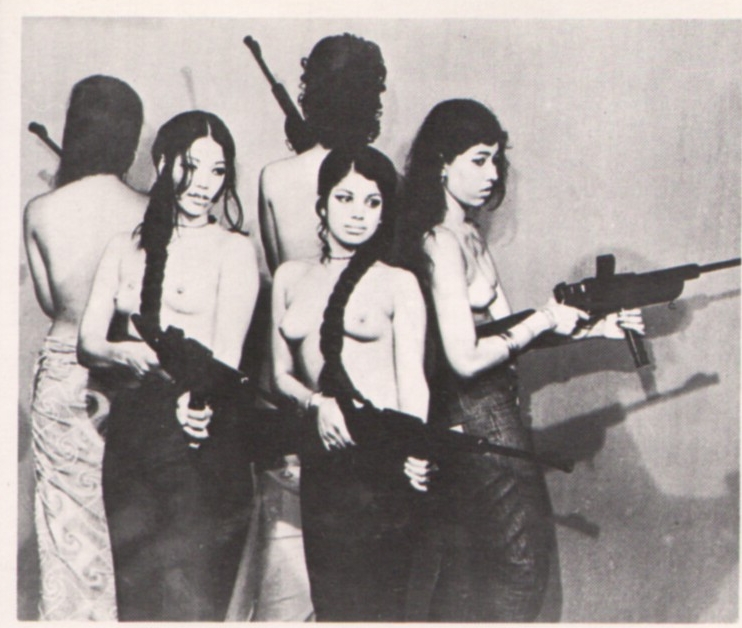