Before disc records there were cylindrical records. The disc records were first made by Fred Gaisberg. Once in a whlie somebody says Gauhar Jan was the first recorded artist in India. Then some person who knows better corrects him saying that Sashimukhi was the first. In reality, the very first artist to be recoded on a disc is W S Burke! Here is a page from issue 7 of The Record News,  a magazine published from 1991 to 2012 by the Society of Indian Record Collectors. You can learn more about the Society, learn more about Mr Burke, and read all the magazine issues, full of rare info and photos on my website

The image of the said page 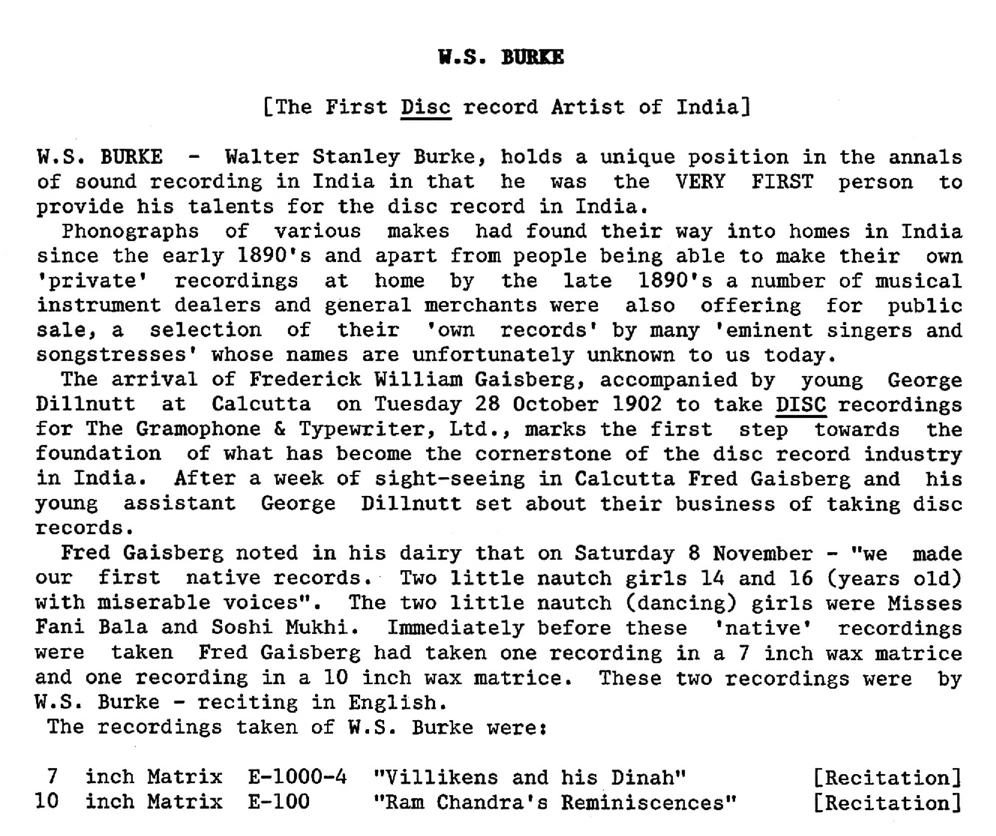