Did the Anarkali story as told in many dramas and films actually take place? Well. all of the above are based on a play by Imtiyaz Ali Taj, written in 1922. Here is what he says in the preface to his book: 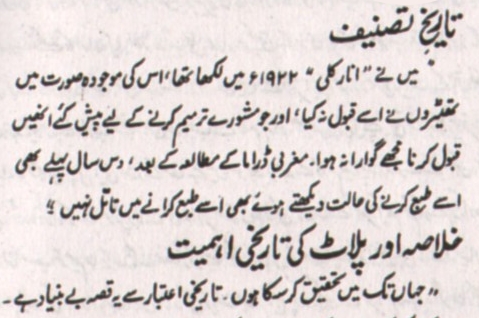 Roughly translated, he says, in part, "I wrote Anarkali in 1922. ... As far as I was able research, from the historical point of view this story is baseless." The full preface is worth reading and describes his efforts to learn more about the story. He had heard the outlines of the story in his childhood and embellished into a drama.