As far as kissing and nudity on screen are concerned, the censorship after independence was stricter than before. Usually, it is easier to show nudity in mythological films. They offer many situations. There is the nude bathing by gopis, with Krishna stealing their clothes, they have to come out of water covering themselves with their bare hands. Then we have the Rishi Vishwamitra losing his balance, when Menaka, having been sent by Indra whose singhasan was always in peril, loses her anga-vastra, as they say. Another often used situation is when Anasuya, in the nude,  has to serve food to the trinity of gods, whom she, in a hilarious twist,  reduces to crying babies. The last one was used for the first time by D N Sampat of Kohinoor in the silent days. Here is B D Garg writing abut him: 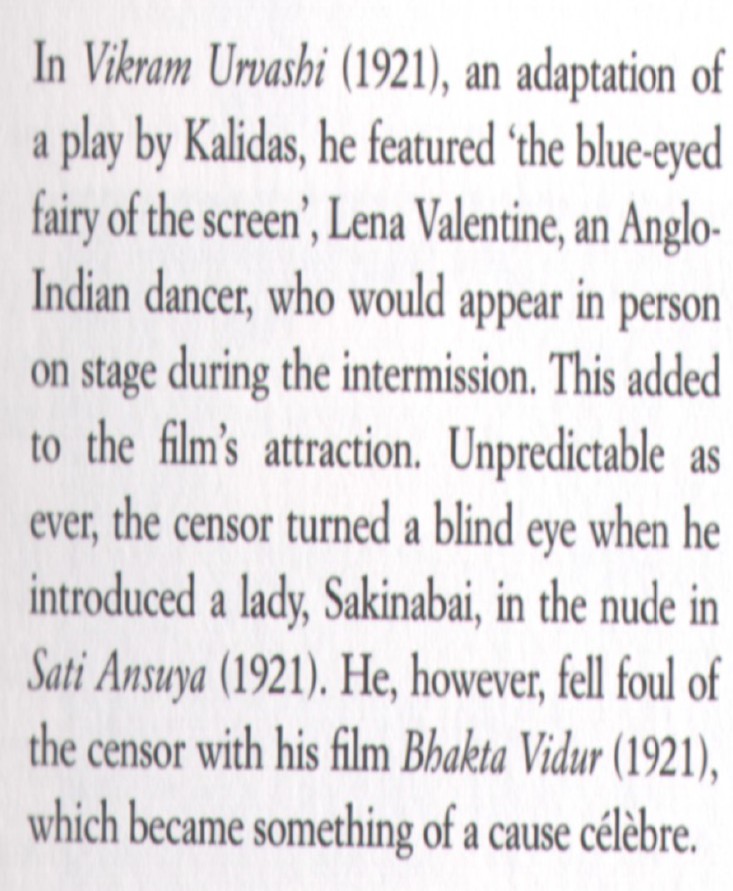