So, three Censor Boards were set up in Bombay, Calcutta and Madras soon after 1918 and another one in Lahore in 1927. Our Knight on a quest was in Bombay, so he approached the Central Board of Censors there. They said, we were established in 1951 and we can help you with films censored after that. What do I do for films before that, he asked. Somebody mentioned  the Govt Dept of Archives. Off he went to the Archives and he found bonanza!

In collaboartion with the National Film Archives of India, Poona, he was able to examine the old gazettes on microfilm containing info about 1000 silents and talkies. This was about 80% of the films What about tthe remaining? The next important center was in Calcultta, so he went there.

The Calcutta Censor Board told him that they did not have anything, of course. He asked, Where do you keep all your junk? They pointed to a dirty and dilapidated room. Holding his nose, he ransacked it and found nearly disintegrated forty year old gazettes. He took them all to NFAI, where they are now. I presume they have been microfilmed. Prakash Magdum ji would know.

That one man archive army was a double graduate, Mechanical Engg and Electrical Engg. He was an Assistant Sound Recordist and Editor for "Vish Vaman (1936)"  a talkie made in Jabalpur. The film was financed by a beeDee maker.

His name is (Late) Bhaskarrao Vishnu Dharap, owner of Alka Talkies, Poona, who was commonly known as B V Dharap. Har Mandir Singh declared him to be his Godfather in his "Saga of the Compiler's Odyssey".

Thanks again to the magic of modern science and internet, I am able to show you a page from a gazette of 1922. You can see one silent Indian film and many foreign ones, because these foreign films had to be  re-censored in India before they could be shown here. 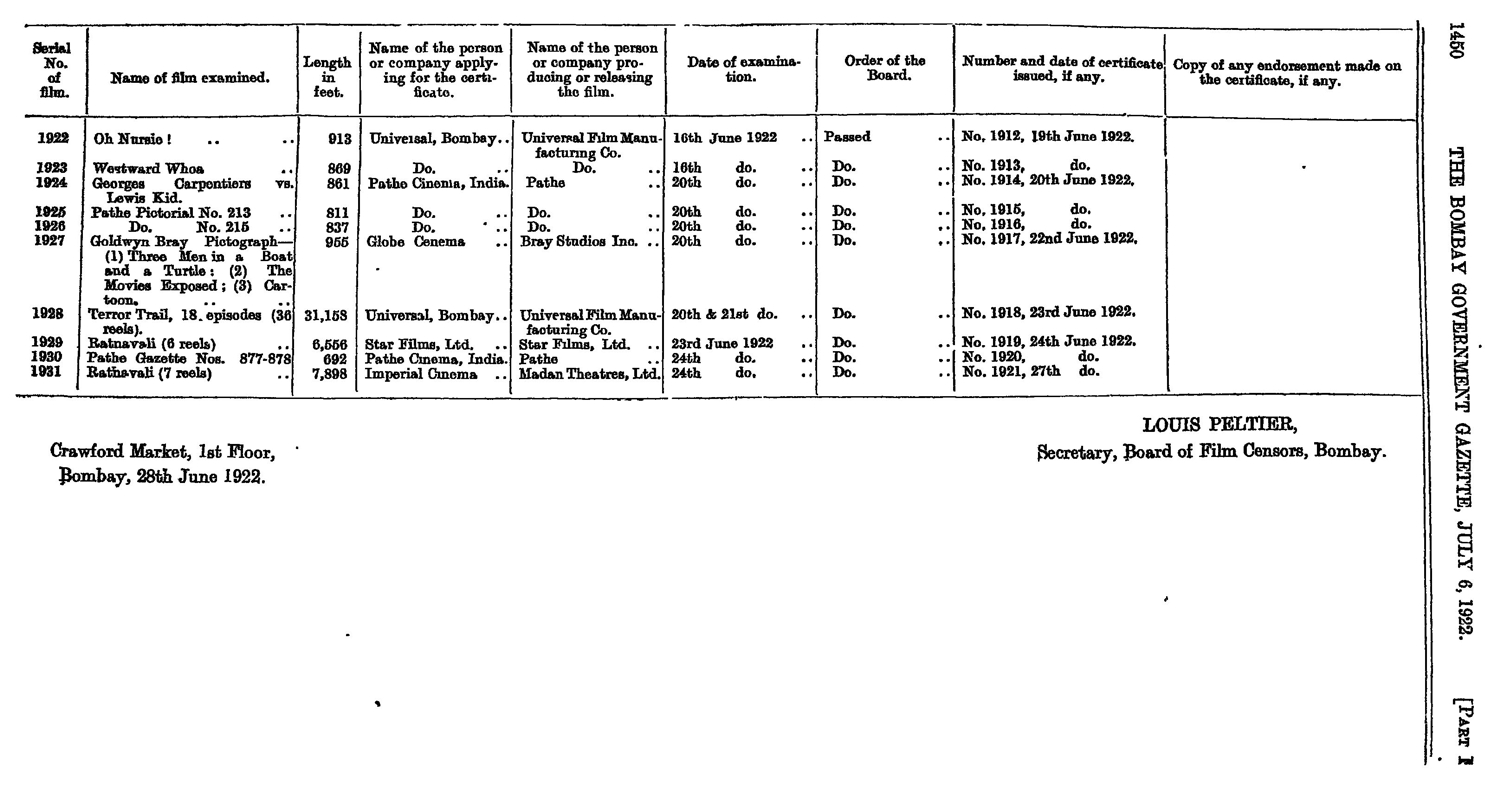