Starting a new series of brief notes by me. Hoping to publish on a daily basis

One reads in various books and articles that Ardeshir Irani shot Alam Ara (1931) on a single-system Tanar camera. Single System means that the audio and video were recorded on the same film negative at the same time, solving the problem of sound synchronization. We see here Mr Irani recording the film and we see a big box. 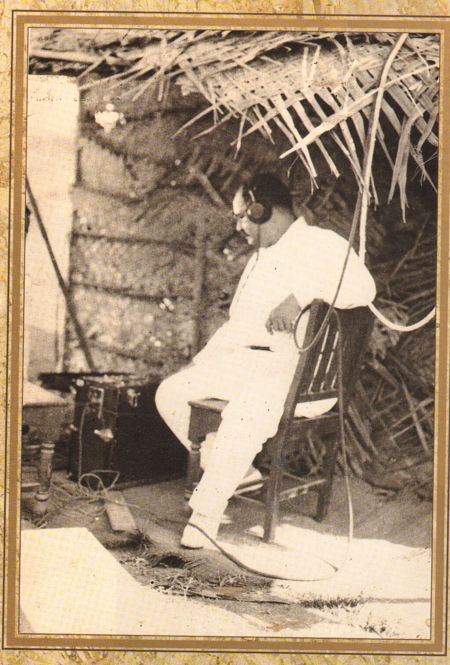 (Photo from the book So Many Cinemas by B D Garga). That is all people knew for a long time. Thanks to modern science, we now have the Internet. Here is an ad of the Tanar System from the magazine American Cinematographer, January 1931. 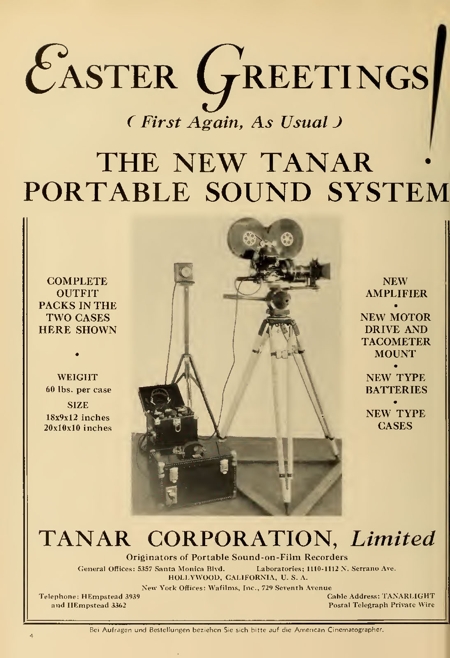 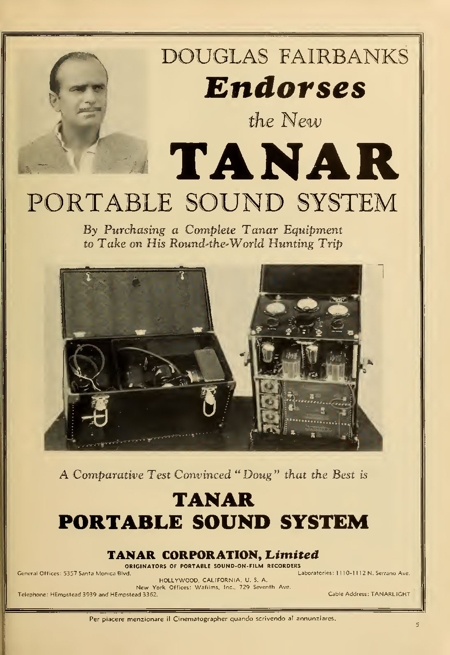 In the second photo the famous Douglas Fairbanks (not Jr, but Sr) with two boxes, endorsing it as a portable talkie making system to sound-film your vacation! The first one gives more info. According to Irani, they used to take the two boxes everywhere for outdoor shooting. The foreign expert Mr Wiford Demming charged Rs 100 per month for training Mr Irani and Mr Rustam Bharucha. They learnt how to assemble it and use it.