Whenever I perused Volume 1 of the Hindi Film Geet Kosh, I found the name Dilip in the cast in a few movies of the thirties. For example,

It could not be the famous Dilip Kumar. The mystery was solved by Shahid Pardesi of Lahore who pointed out that the actor Nazir had acted in a few movies with this name. Then, Sheo Khetan pointed to a page in filmindia confirming it for the film 'Flame of Love'. Lastly an internet search provided an image from Sharafee Loot when we have an actor looking like Nazir and we have a Dilip in the cast. WE still need to verify this hypothesis for the other three films, but my guess is that even there, Nazir acted under the name Dilip. 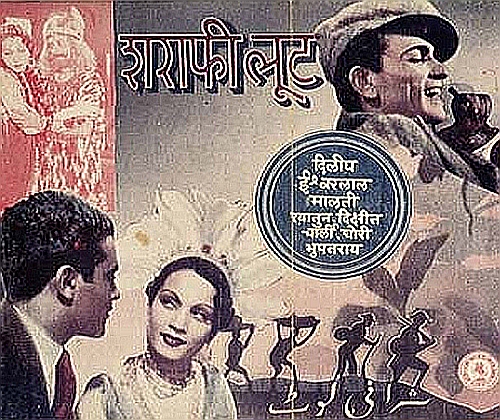