In one of the pages I posted of Helen's letters, she was seen in an oriental make-up. Navnidhi Sharma asked if I knew which movie this is from. I did not know, so I asked my friends in RMIM. Vibhendu Tewary immediately replied that this was a Japanese make-up. And he produced the answer in a few minutes.

It turns out that it is from the dance sequence Aman Ka Farishta from the songless movie Hulchul (1971).

You may wonder why I did not know that. The answer is that I was in Pittsburgh from 1969 to 1975, and so missed lots of films, even the whole Rajesh Khanna craze, in which, I am told,

"shrieking college girls smeared his car with lipstick, wrote letters in blood, married his photograph. Once when he had fever, a group of college students spent hours taking turns to put ice water on his forehead in a photograph ..."

The first image from the Cine Blitz article, second from the video. 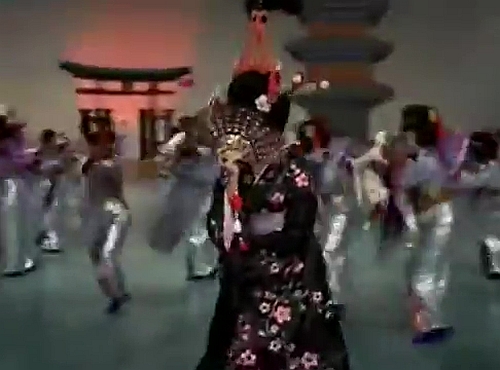