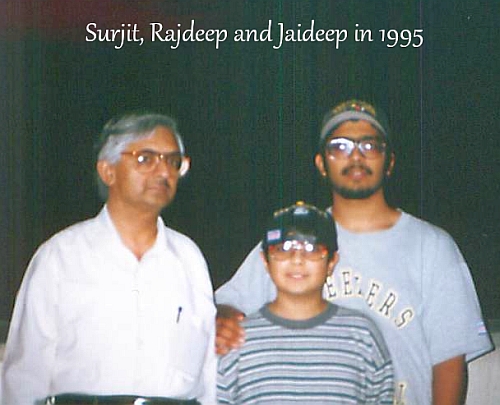 Salilda, Mozart and me

When I was a student at the University of Pittsburgh in the seventies, one day I was continuously humming thepopular Salilda song "itanaa naa mujh se tuu pyaar ba.Dhaa" rendered beautifully by Shahanshah-e-Ghazal Talat. My classmate and friend Mr.Barry Wasser (BW) said, "Why are you humming Mozart's Symphony Number 40?" The conversation went like this:

Me: Is Mozart the cheese you put on pizza and is symphony you use when you can't get chutney?

BW: No, Mozart is a famous classical composer and symphony is a style of orchestration.

Me: In that case, this is a famous tune composed by famous Indian classical composer, Salil Chaudhary.

BW: When did he do that?

Me: In the sixties, I mean nineteen sixties.

BW: Well, he must have based it on Mozart's work because Mozart flourished in the eighteenth century in Austria.

Me: Fine, but the Indian classical music is much older than that and it is based on a system of melodious grouping of notes called the ragas. I am sure that Salilda the Indian guy based it on one of the classical Indian ragas.

He seemed satisfied and so did I. In those days they believed anything an Indian said. Remember the flying Mahesh Yogi?

There the matter rested, until recently, when I read an old interview with Salilda. The interview appeared in the Filmfare of February 27, 1959. He was replying to a criticism that the film music directors had abandoned the classical traditions in favor of Western music. Here is part of what he said. Paraphrasing is mine.

The songs for the masses composed during the freedom struggle and also the music composed during and for the terrorist movement in Bengal, like marching tunes of Western music, could be sung by people marching in procession. The present critics of the film music accepted those innovations as based on Indian ragas. This is so because our raga classification is so vast that almost any melody from any part of the world can be classified as a raga or a misra-raga. Thus the film music directors, without dissociating themselves from the classical traditions, argued for their right to innovate and extend the possibilities of Indian music in accordance with public mood and demand.

My questions to the raga gurus are these. Was Salilda right about the vastness of Indian ragas? If yes, what raga is Mozart's Symphony Number 40 based on?