A few years ago I wrote an email to AGFA Belgium:

In the 60s your company sent this gentleman to India as a color consultant to Bollywood film producers. I would greatly appreciate if you could tell me more about him or/and introduce me to anyone who knows. Thanks,

I received the following reply:

I am afraid that there is no one left in this company who knows about him.  I am the last one that knows of his existence but I never met him.

I think he came to India in the late 1950's.
The first film he assisted on was Mehboob Khan's Mother India.
One of his next films was Zimbo in 1958.

He worked on over 100 film and returned to Belgium in 1972 after finalising his last film Reshma Aur Shera which was released after his return to Belgium where he died a couple of years later.

If there is someone who still knows something more about this man then I think you should look in India.
I am thinking about the Patel family (Filmcenter)  in Mumbay or Ramesh Prasad (Prasad Laboratories) in Madras.

There is also a possibility that RN Viswanathan knows him.  I lost track of Mr Viswanathan who on a certain moment lived on the "Palm Meadows" resort in Bangalore. 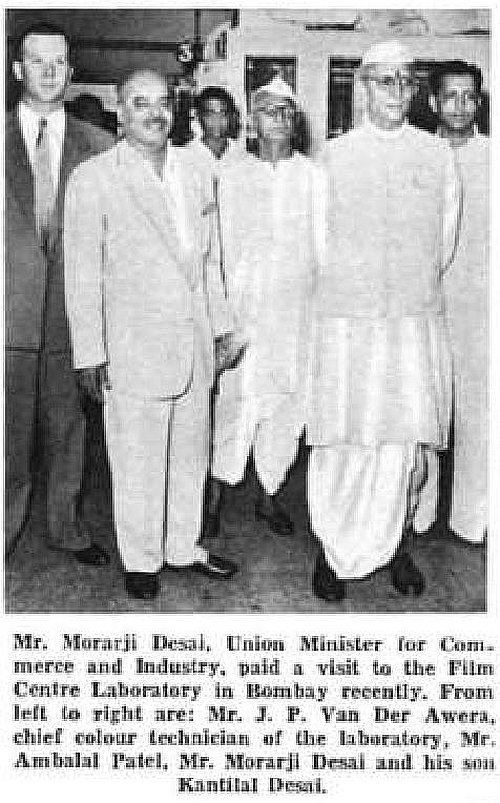