On the face of it, it looks like a stupid question, because the credits say Shankar-Jaikishan. On the other hand, I have been hearing for a long time that Shankar and Jaikishan actually broke-up in the 60s. The exact year is never clear, some say, 1964, others say 1965 or later. Recently a Facebook friend stated matter-of-factly, as if it is well-known and accepted by all that the music of Arzoo was given by Jaikishan, and, Shankar had no role in it. I remember reading a post by Dinesh, Shailendra's son that they always worked jointly and signed their work jointly also. But it is difficult to find old posts on Facebook, even more difficult to find stuff on my website :)

So, I posed the question on my Facebook page. Of course, many friends came making all sorts of assertions. The only proof offered was articles asserting the same, without any actual source. Then, Sujoy Chatterjee had the brilliant idea of asking Kishwar Jaipuri. She stated that "both SJ composed the songs for ARZOO". Simple, no ifs, buts, or, howevers.

So, we now have two relatives of two poets agreeing with the official position. People are free to believe any nonsense they want, as far as I am concerned, case closed. 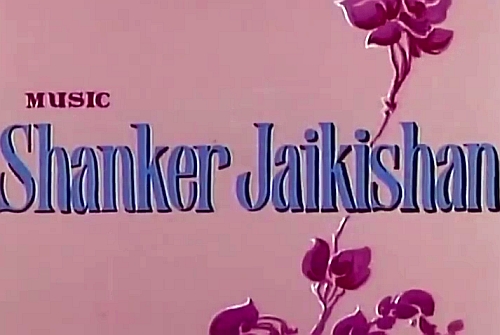