His interview with Ameen Sayani in Feb 2008.

I got acquainted with Abhay on RMIM and then met him in RMIM meetings, including one in his home. I found out quickly that he loves to restore, clean and improve old, damaged and noisy audio recordings. He has been doing that for songs in my collection in along time. I am sure people enjoyed his versions of the late Hem Chandra Jain collection. Here is his brief bio and some pictures.

Born in 1948 at Bareilly UP and grew up at Indore.

Great grandfather used to play many instruments. But no one else in generations had any interest in music. Always wanted to play tabla but due to emphasis on studies, never pursued it.

While walking to primary and middle school in the morning, used to pass through many hotels on a three mile walk and enjoy all the music playing on the radio. 40s music always stayed appealed. Once got into college, watching movies, enjoying movie songs and remembering song statistics became a passion. Moved to US in 1970 but music became less of interest. One day at work, found that productivity increased and made less mistakes if songs were playing in background. It rekindled passion for music.

In late 90s heard of a music group, RMIM and attended RMIM meet at late Satish Kalra’s place and got in touch with die hard music fans. In 2003 organized a meet at own place where late Ravindra Jain was a guest. He became close to Ravindra Jain visiting him at his place few times.

Music interest took another turn when joined Srinivas Rao in his radio show on a local FM station in New Jersey in late 2003. This was a voluntary effort doing a community service. In 2010, moved to radio station Radio Dil doing a two hour weekly show called Geet Ganga. Radio shows have been unscripted and based on a theme or birthday/death anniversary of an artist. He had appeared on All India Radio Indore station in early childhood five times on a weekly children’s program, Bal Sabha earning Rs 25, Rs five per show.

Through an ardent listener, Rupa Dore (sister-in law of music journalist Raju Bharatan), got in touch with Ameen Sayani and became friends with him in 2008 and interviewed him in his studio. He met Ameen Sayani many times at his place in Mumbai. Ameen Sayani got him in touch with many film personalities. For his radio show, he interviewed many movie personalities –music directors Ravi, Ravindra Jain, Anandji of Kalyanji Anandji, Usha Khanna, Pyarelal; Ameen Sayani, Shamshad Begum, actress Shyama, journalist Raju Bharatan, Suman Kalyanpur, Rakesh Bakshi (son of Anand Bakshi), singer Hemlata.

Passion is to listen, collect Hindi film songs, clean them and try to keep accurate information for them. 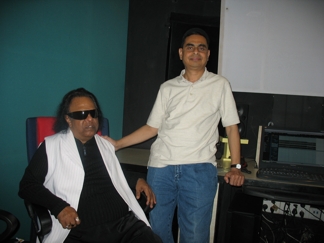 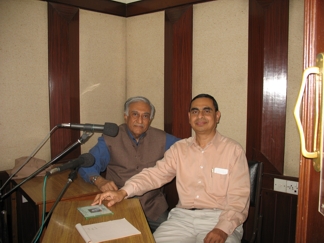 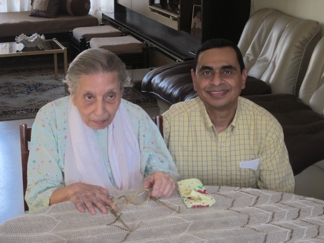