I am happy to announce the publication of Telugu Filmography Volume1 (1932-1980) Bt Dr V S Vutukuri. In his words,

Telugu film industry is one of the most prolific in Indian film scene. Between 1932 and 2000, some 5,100 Telugu films were produced. The present book, Telugu Filmography Volume 1, lists the details of 2017 films produced between 1932 and 1980. Under each title are included the following details: Banner, Producer, Director, Writers of Dialogues, Lyricists, Music Director, Playback Singers and Cast. The information was gathered from various sources such as recordings on VHS Tape, VCD and DVD, films screened on TV, Songs Books, Covers of Gramophone Records, Audio Cassettes and CDs, Film Posters and Newspapers. This book will be of immense interest to film enthusiasts. It will serve as a valuable source of reliable information to people engaged in Telugu film industry, academic researchers and the Government departments of Culture and Literature.

The book is in English, paper-size Letter, 320 pages with Film Title Index. In the US the book is available at 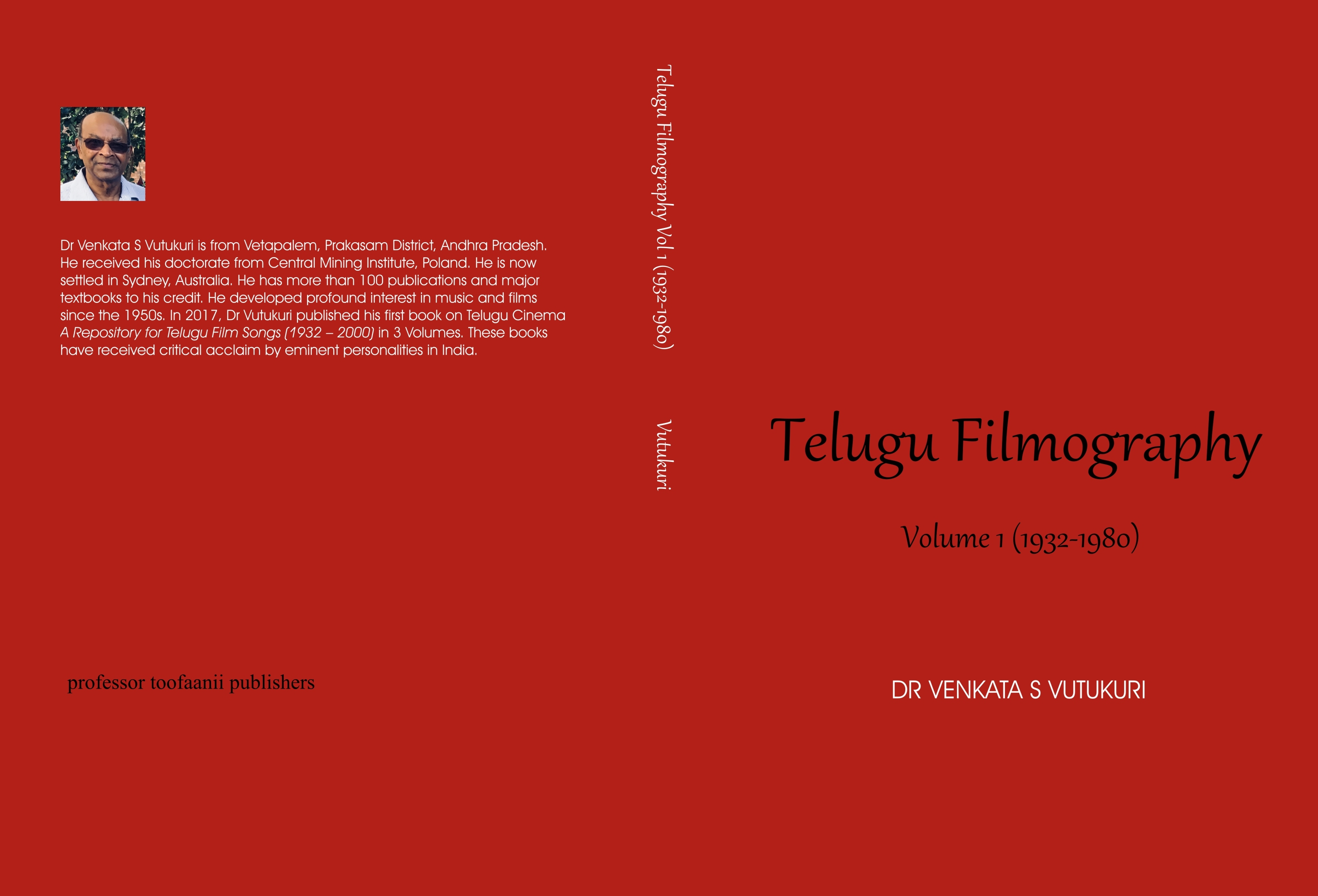