The following is based on the book,"Star-Portrait". Born at
Peshawar on December 11, 1922, he was brought to Deolali at age
6. His father Ghulam Sarwar Khan was a successful fruit trader
and had 12 children, of which the child at number 3 was named
Yusuf Khan. As a school kid, he liked to play football and chess.
In 1936, he came to Bombay and went to the Anjuman-e-Islam High
School near VT Station. He was very good in sports but mediocre
in studies. A friend of his used to get the exam questions by
some mysterious method, and shared these with him. Both of them
passed many exams this way. Yusufbhai does not know even now how
his friend managed to get the questions!

No matter how much checking one does, mistakes always creep in. So is also the case with the HFGK database websites,

I am happy to report that people have been pointing out errors and I have been correcting them. You can also participate and get rewarded by a few songs from my collection of songs from Hindi films (1931-1960).

A scan of the letter of Naushad from 1969. He mentions all his movies with info on their success. [Thanks to Khwaja Irfan Anwar, son of MD Khurshid Anwar 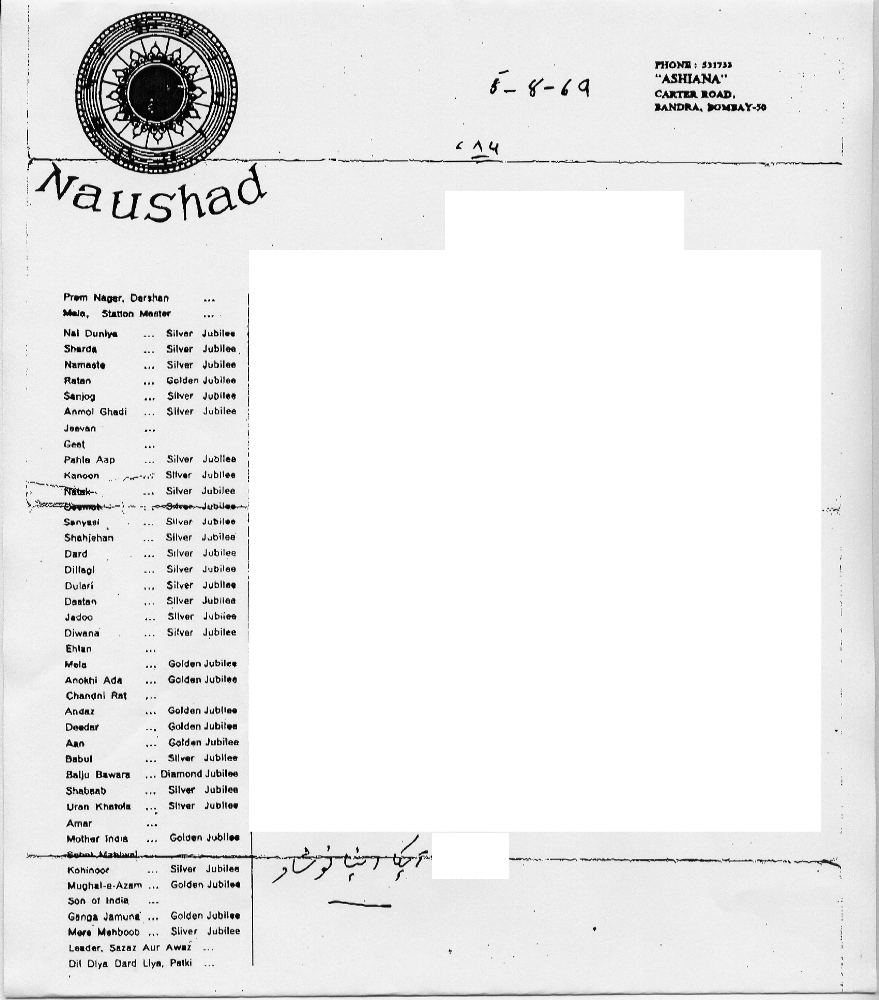