As you are aware, India leads in the world by producing highest number of films on celluloid.  While 36,000 (approximately) Indian talkie films have been censored till date, it is a pity that no proper arrangement has been made at government or personal level to keep record of data of films produced on celluloid.

Some not too well-known actors

Thanks to Sudarshan Talwar of  Kolkata, here is an article of Ms Firoza Master, actress, wife of the veteran director Homi Master. 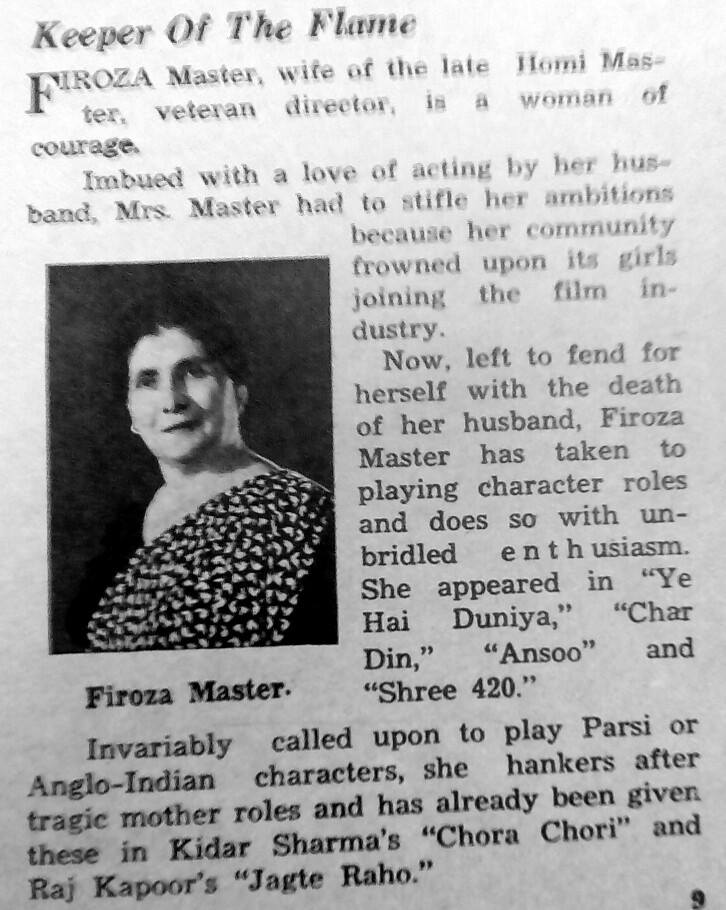 I have also added a photo of her with Hari Shivdasani from Shree 420 to the gallery.

The year 1931 will be remembered for the year in which the first Hindi talkie was released. The movie was AALAM AARA with the following "P-stats":