India Abroad wrote an article claiming that Lata sang 30,000 songs. After it was published, I received many phone calls and people bought HFGK volumes. The best side-effect was that I discovered my BFF Dr Manohar Lal Kapur

The original that I mailed 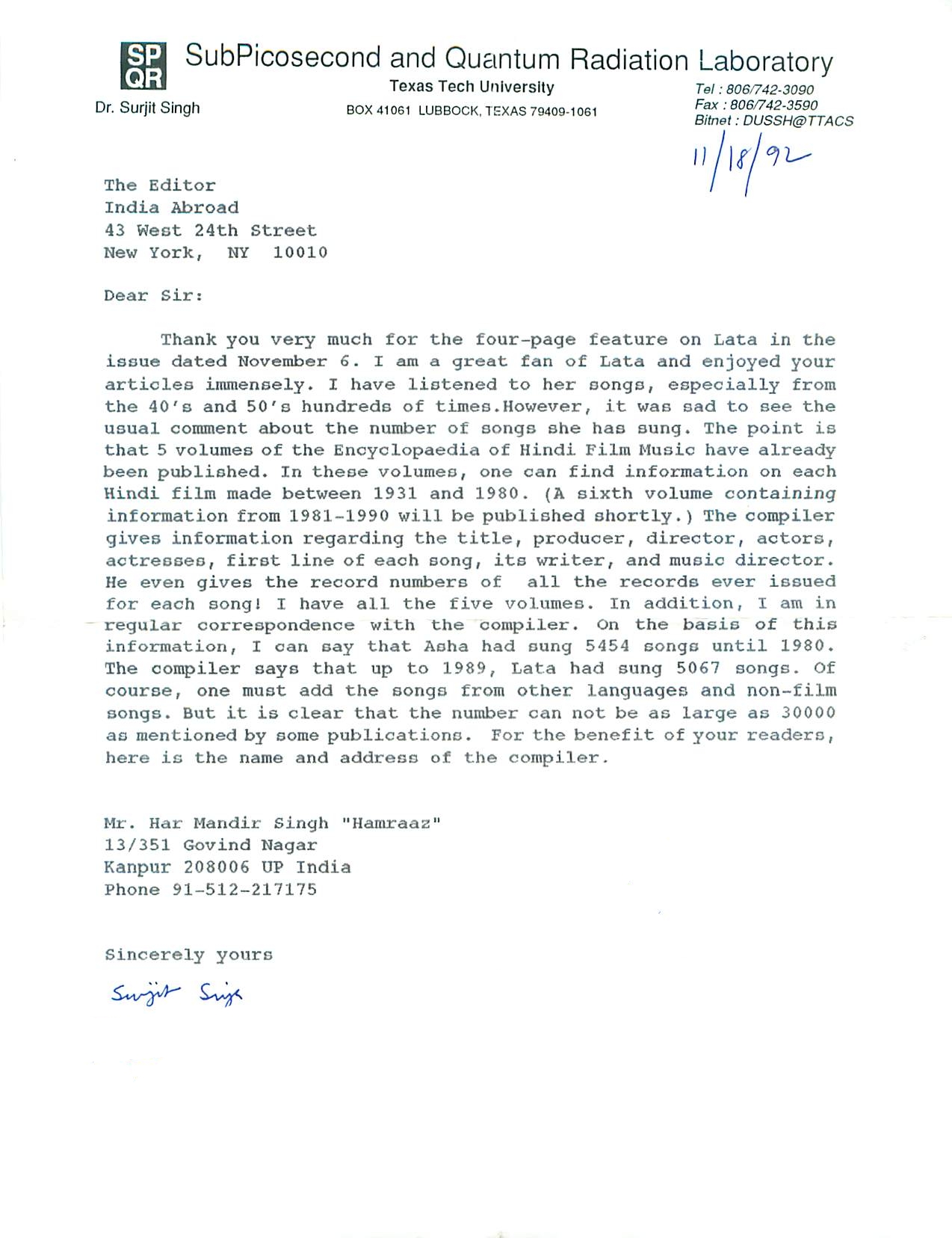 This is how they published

They mis-spelt his name and removed his address info. And at least admitted that it was controversial.

Mr Jayaraman lifted many songs from YouTube. I am ignoring them.