First of all let me clear up  a confusion. Last time, I was talking about the song  'Badhai Hai' but the image shown was of the song 'Gazab Kiya' that showed Roopmala. Because of the confusion, people started telling me how Roopmala looked like and about well-known appearances of Roshan Kumari in films :)

What I mentioned in the text was that according to Richard Singer the dancer in 'Badhai Hai' is Roshan Kumari (daughter of the singer Zohrabai). Then Shefali Gandhi doubted that statement, but without telling me who that actually is. That made me look at the song again. Richard Singer has given a good explanation of why the 'Badhai Hai' dancer is Roshan Kumari. I feel safe saying the same.

Here are four images, three of Roshan Kumari, from filmfare (thanks Sudarshan Talwar), in Jalsaghar and Mirza Ghalib. The bottom right is from Waris 'Badhai Hai'. 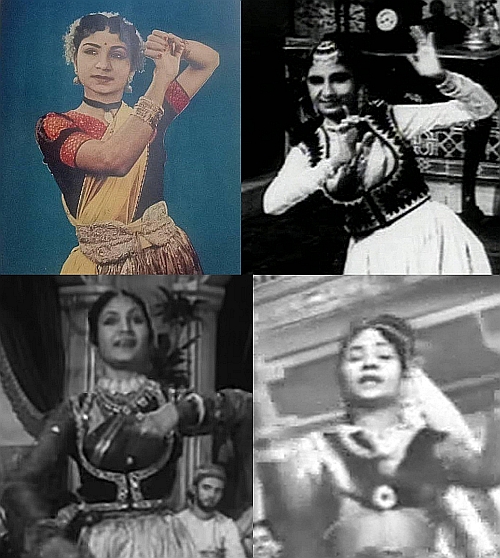