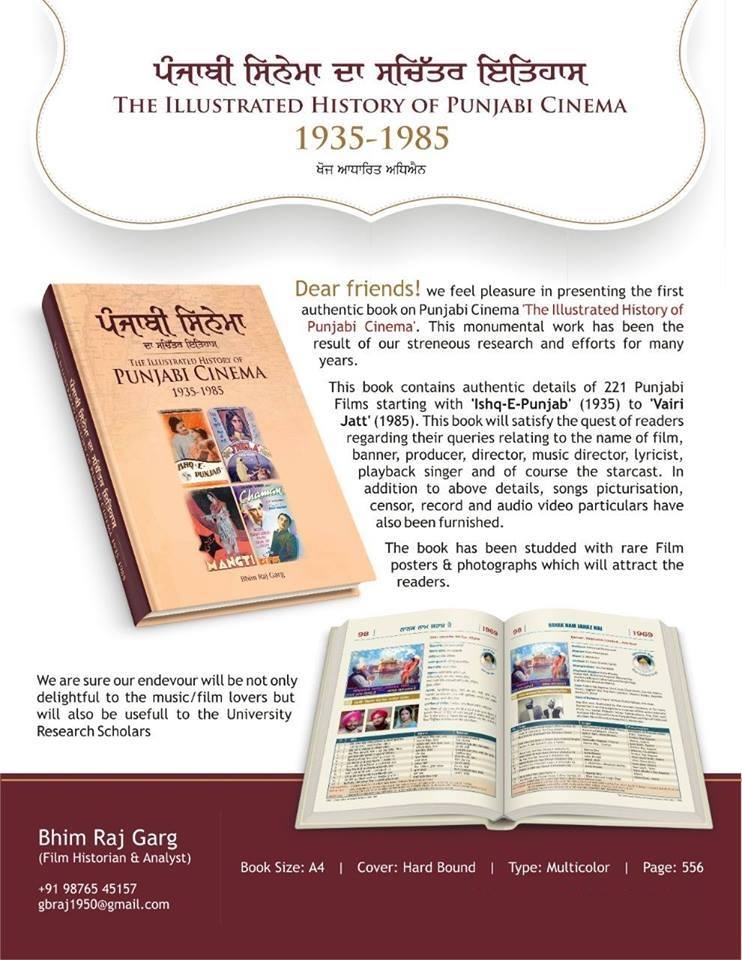 I heard about Bhim Raj Garg from Har Mandir Singh 'Hamraaz' in the early 90s. He has been working on Panjabi Film Geet Kosh, now expanded to include pictures ans renames, Illustrated History of Punjabi Cinema. Later I kept running into his name in various publications and articles that had to do with the history of Punjabi cinema. For example, the famous Encyclopedia of Indian Cinema by Willemen and Rajadhyaksha (1999) credit only his name for all the information on Punjabi Cinema. Here is a story of his quest and a few sample pages from the book.