When the Cinematograph Enquiry Committee (1927) came to Lahore, it interviewed many people. One of them was Lala Lajpat Rai. the Lion of the Punjab. The chairman tried to convince him that the knowledge about the British Empire was important to Indians. Lalaji fearlessly interrupted him and replied that he had no use for the Empire at all! About one year after this, the brave freedom fighter died of lathi injuries sustained during a non-violent protest against the Simon Commission. Bhagat Singh and his fellow revolutionaries avenged his death a few years later. 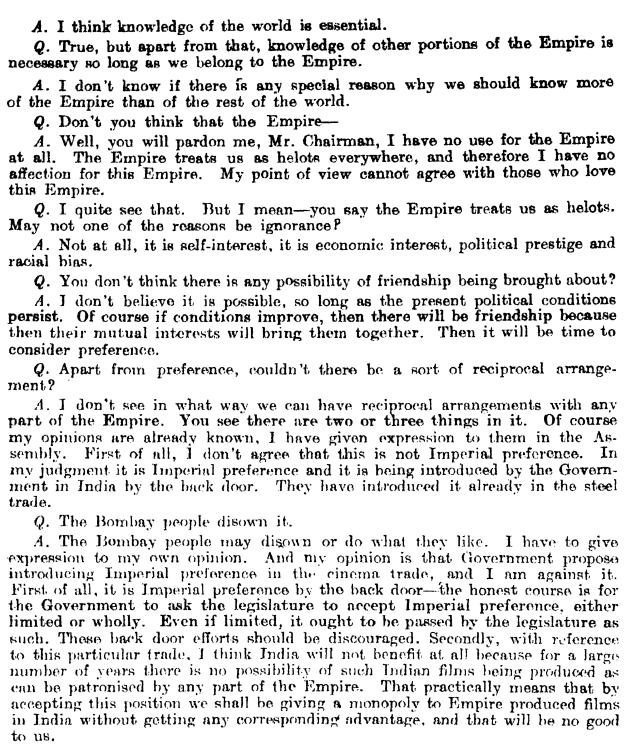