I am a big fan of Woody Allen's films. More than 20 years ago, I was watching one of his films that was a musical. Everybody was singing and dancing. In one scene a guy is singing a song in a  cab with a Sikh taxi driver. Suddenly the Sikh starts singing a Hindi song, in a voice similar to that of Rafi. I immediately went to the end credits to discover that  it was the RMIMer Sanjeev Ramabhadran singing! 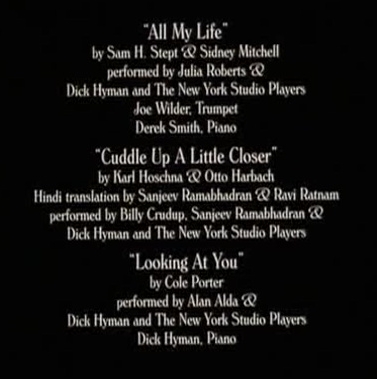