When I was very young, I used to listen this 10-part drama on five 78 discs. My father gave away all of his gramophones and records except this set, when we left Kaithal, Haryana in 1953 after my mom passed away. These records have been preserved since then. I brought them with me from India in May 2006. They have not been played since 1953. I bought an audio-technica Model AT-PL50  just to play these; I do not have any other records of any other kind, well,  except  a sinlge Bandini record that Dr. M L Kapur gave me recently.

Of course, this record player does not have 78 speed! So, I played them on 45 and recorded the audio in wav form. Then I used a software called 'Spin It Again' to adjust the speed and do some mild cleaning.

My father had told me that he bought them in Lahore around 44-45. The records say SHAHENSHAHI RECORD on the label and have an alif-laila type photo on them. Consulting the book 'The 78 r.p.m. Record Labels of India' by Michael Kinnear, I found out that this record company recorded hunderds of records from August 1934 to about 1944, when they closed down. 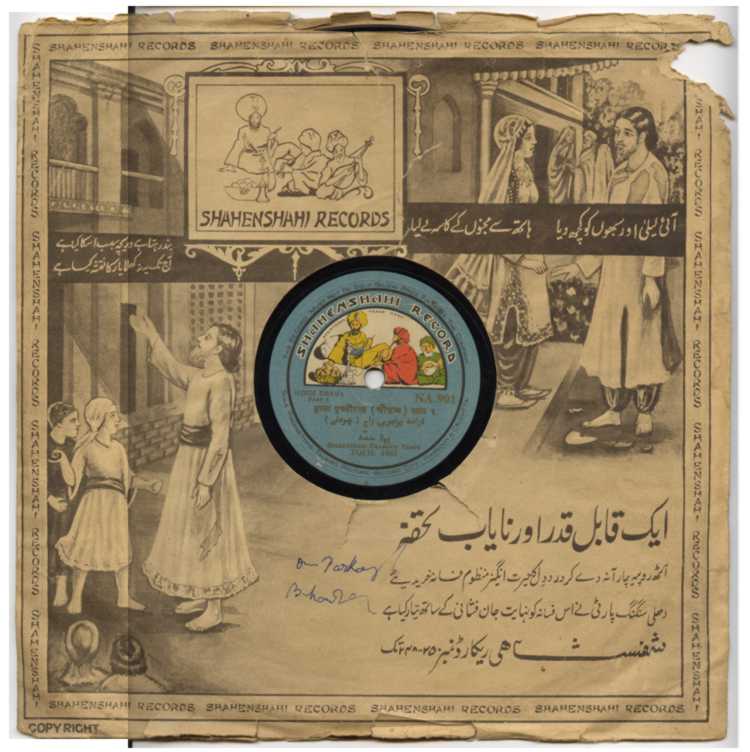 Here is a photo of the label: 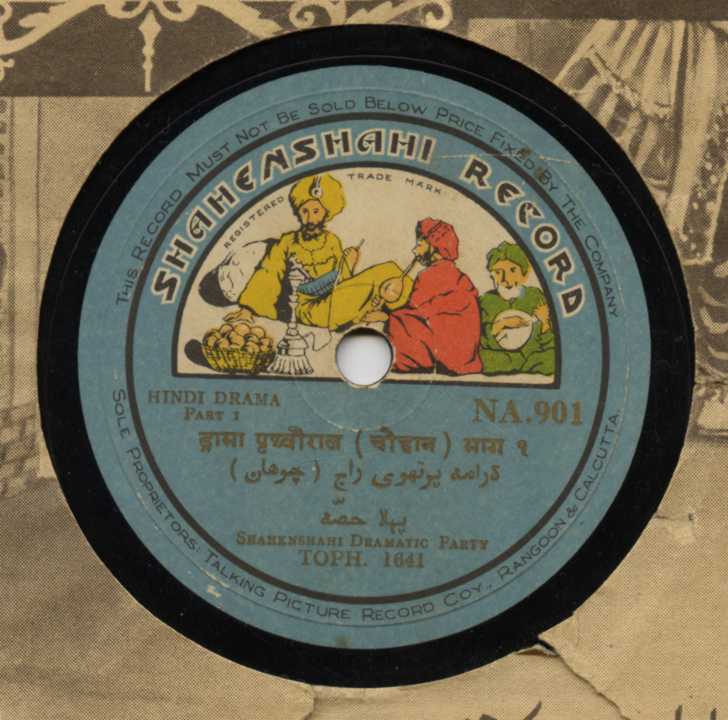